This section has been written to provide a brief insight into some of the dogs that I have handled professionally and as family pets. Torben & Tyra feature heavily through our social media platforms and website as they are our current dogs. Olla appears on the front page of the website and is a young GSD that we gave a new home to who was in need of behaviour support. It is important that clients are given more detail about my history and the dogs that have shared my journey as it may support you in your decision making process when considering working with me.

In 1989, and at 18 years old, I trained my first Royal Air Force police dog and became a qualified police dog handler (QPD).  I began my passage as a professional handler and dog trainer with Air Dog Kane my first German Shepherd Dog.

Prior to Kane I had no real handling experience to speak of, my parents owned dogs but I was not responsible for them.  Notwithstanding, I learnt a great deal from the many dogs that passed through the home, most notably from my old friend Polo, a deaf, all white Boxer.  Looking back I realise that his deafness taught me the significance of effective communication with dogs.

In the early 90’s I owned my first pet dogs; Rottweilers by the names of Bear, Dillon and Melody.  All three dogs were very different and taught me different things.  Dillon was with me for the longest at 10 years and he taught me a great deal.  He was a very tolerant dog and also very clever, a true ambassador for the Rottweiler breed.

Throughout my service career I trained and handled many dogs, I was also taught many lessons by old and bold police dogs that had been patrolling RAF units for many years.  Air Dog Buck was a particular favourite of mine; he was a tough dog that never took a step backwards.  Sadly Buck had a short career as a serious spinal problem ended his days at a mere 6 years old.  The vast majority of dogs that came into service were the waifs and strays of society often not considered fit for public or family life in general, this often made them very difficult to handle.

In 2001 I trained and handled Service Police Dog Tyson and became a specialist handler trained and licensed to the Association of Chief Police Officers standards.  This introduced me to tracking and searching for operational purposes.

In 2002, two very special German Shepherd Dogs found their way to me, both were facing potential destruction due to what were perceived to be serious behavioural problems.  Sasha a young bitch was too difficult for her owner to handle; she had been advised to euthanize her by a professionally qualified behaviourist.  Air Dog Rebel had been terrifying the handlers on his section, chasing local livestock, and generally causing mayhem, his future was very much in the balance.  Both dogs were misunderstood and simply needed direction and effective leadership.  I trained Sasha to track and to undertake protection work before helping her transition to an operational role with the MOD Police where she endured a successful career.  Rebel was a very large GSD and it was clear that he intimidated many; the truth is he needed an outlet for his energy and someone who could understand him and lead him.  Following several weeks in my care I retrained him and not only removed the shadow hanging over him but helped him become a fully qualified specialist Service Police Dog. 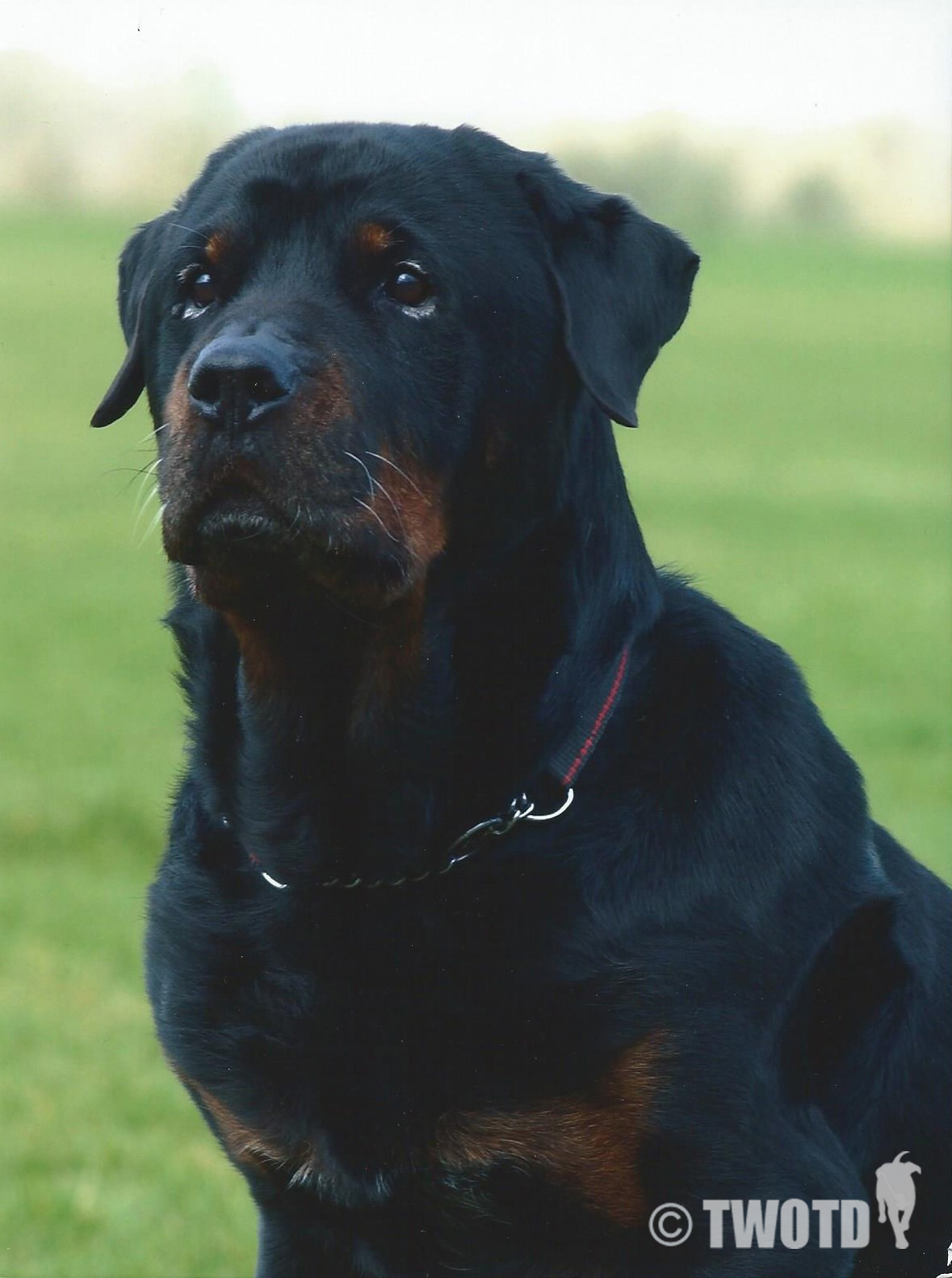 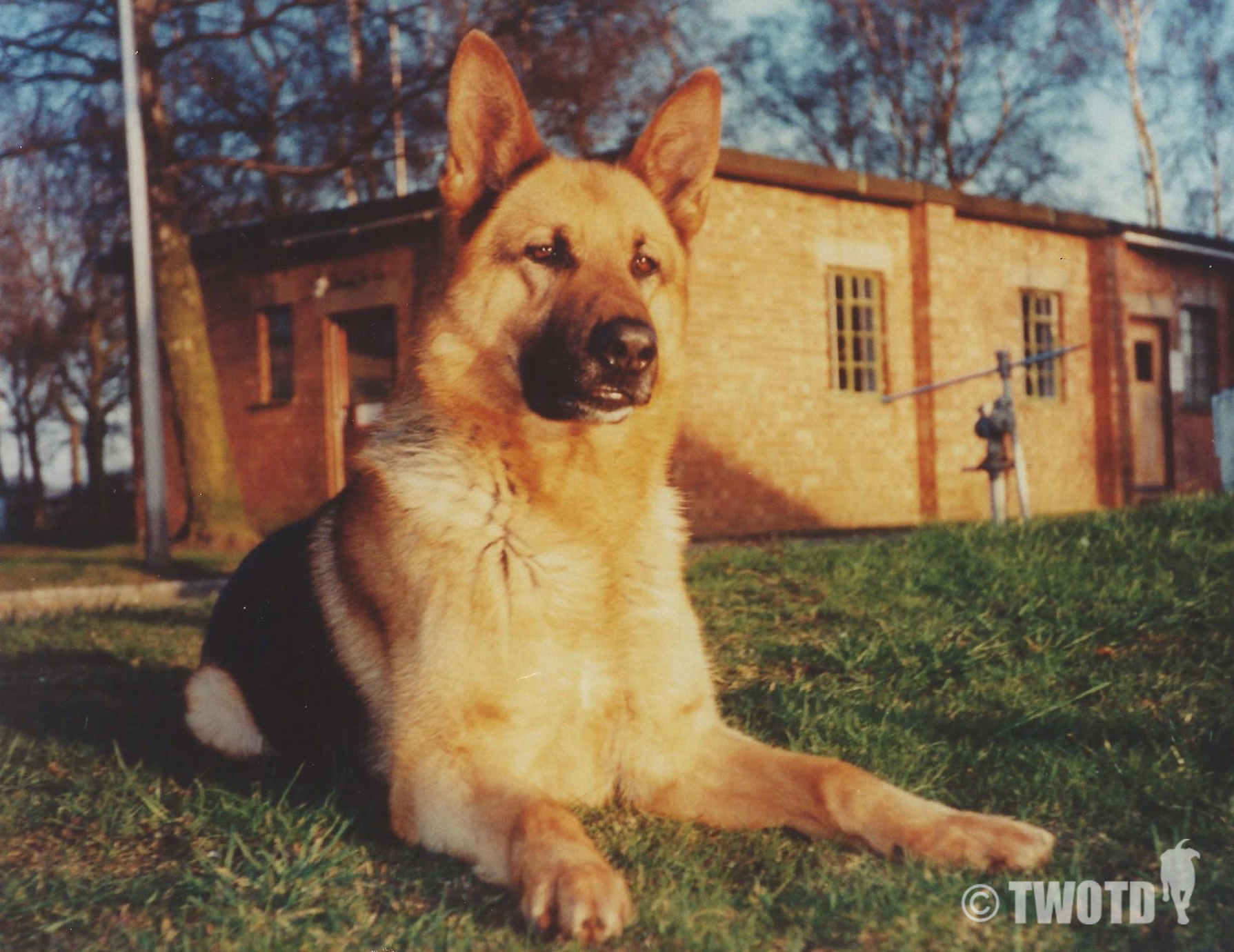 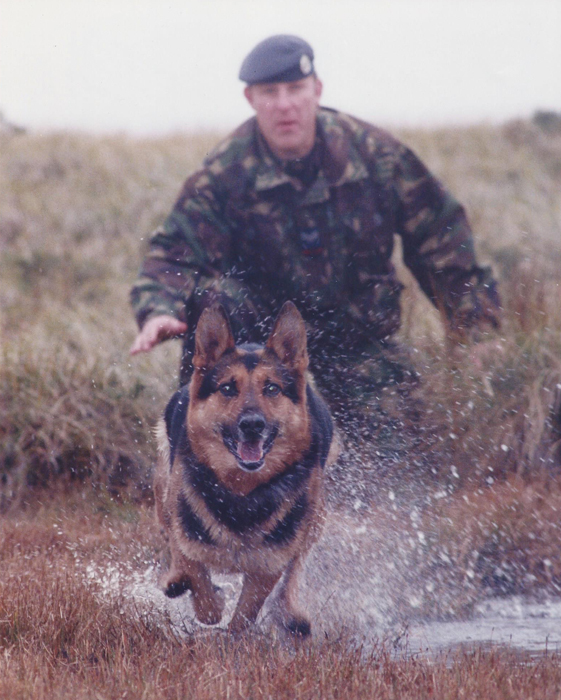 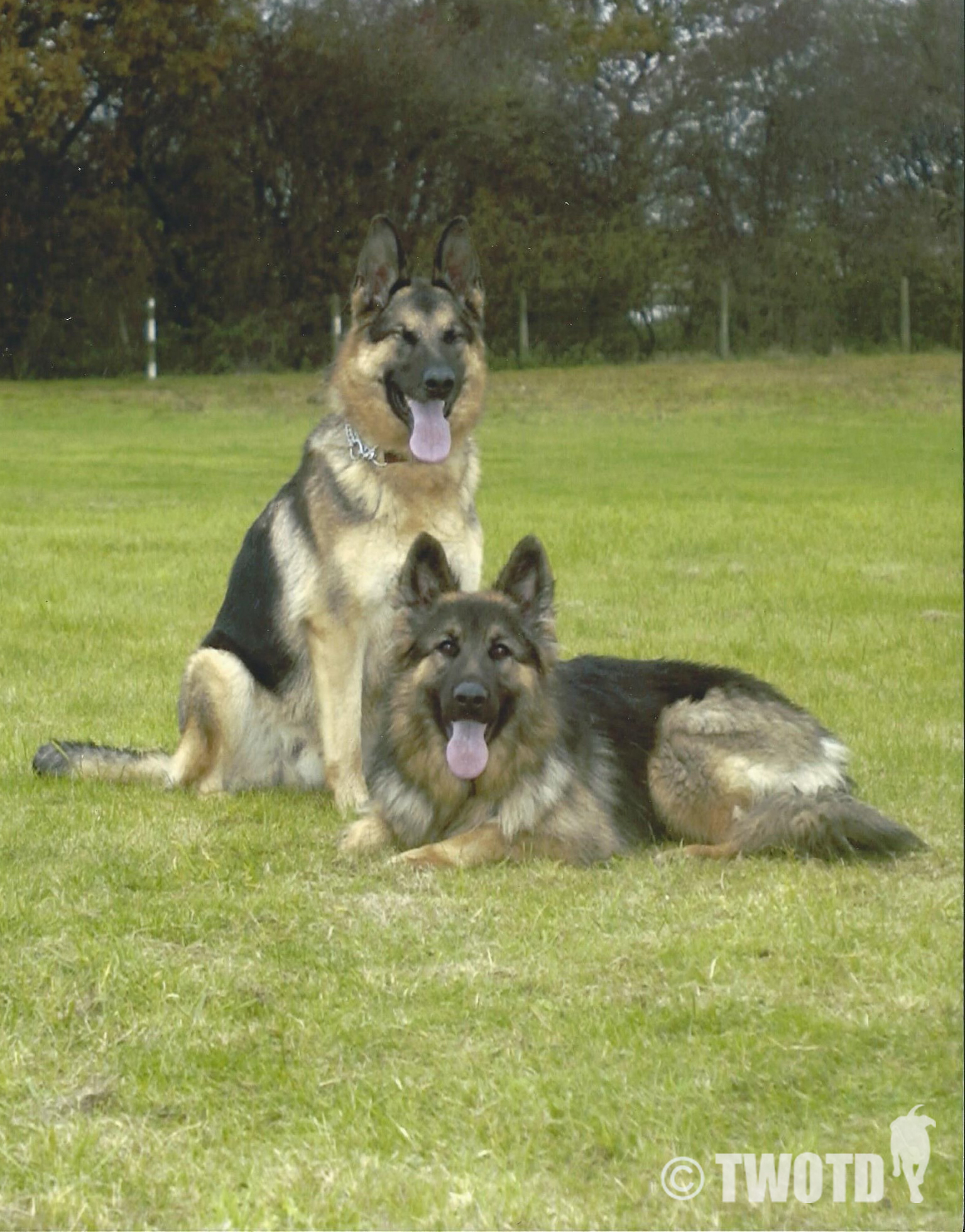 In 2007 Nellie became my adopted terrier mix, she was a largely troubled dog with a history of aggression towards other dogs. However, time, patience, and understanding helped her live out her final years happy and friendly towards all dogs, she was also a great comfort and teacher to Olla during his early modification.  Sadly Nellie went into cognitive decline at the latter end of 2013 and passed away.

German Shepherd Dog Olla, born in 2010, joined our family at 2 years of age and was in need of behaviour modification and management.  He was a very sensitive dog and a much valued member of The Way of the Dog team.  Despite his own emotional challenges he learned to work and cope with dogs of varying degrees of reactive behaviour helping them overcome their own challenges. Sadly Olla succumbed to a degenerative spinal condition at only 6 years of age and his life was ended prematurely.

Tyra (Norse – like a thunder or God of War) is a Malinois cross German Shepherd and is the daughter of Malinois Jimmy Threenines Ace of Clubs UD Ex, BSPCA Victor Ludorem, and South Wales Police Dog Anna.  Bred under the West Midlands Police Dog scheme Tyra joined The Way of the Dog at just 8 weeks of age and has been flourishing ever since.  She is a highly driven and demanding dog who is not content to be on the sidelines, working is her one true passion (she certainly lives up to her Norse name).

Torben (Norse – Thor’s Bear) is a German Shepherd Dog who heralds from Amfides K9 in Anglesey. Torben is an energetic and highly competent young dog who looks set to have an excellent future. 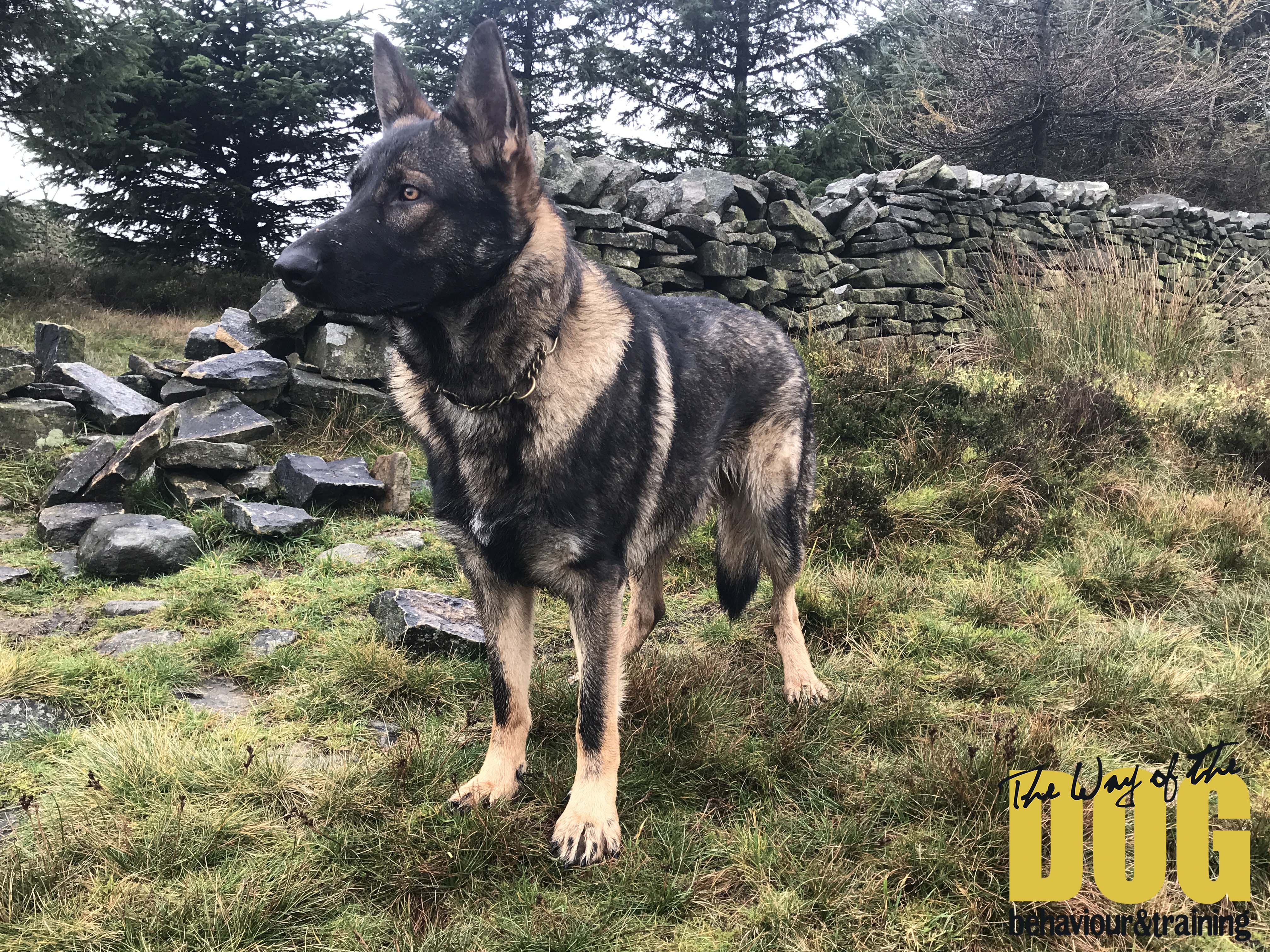 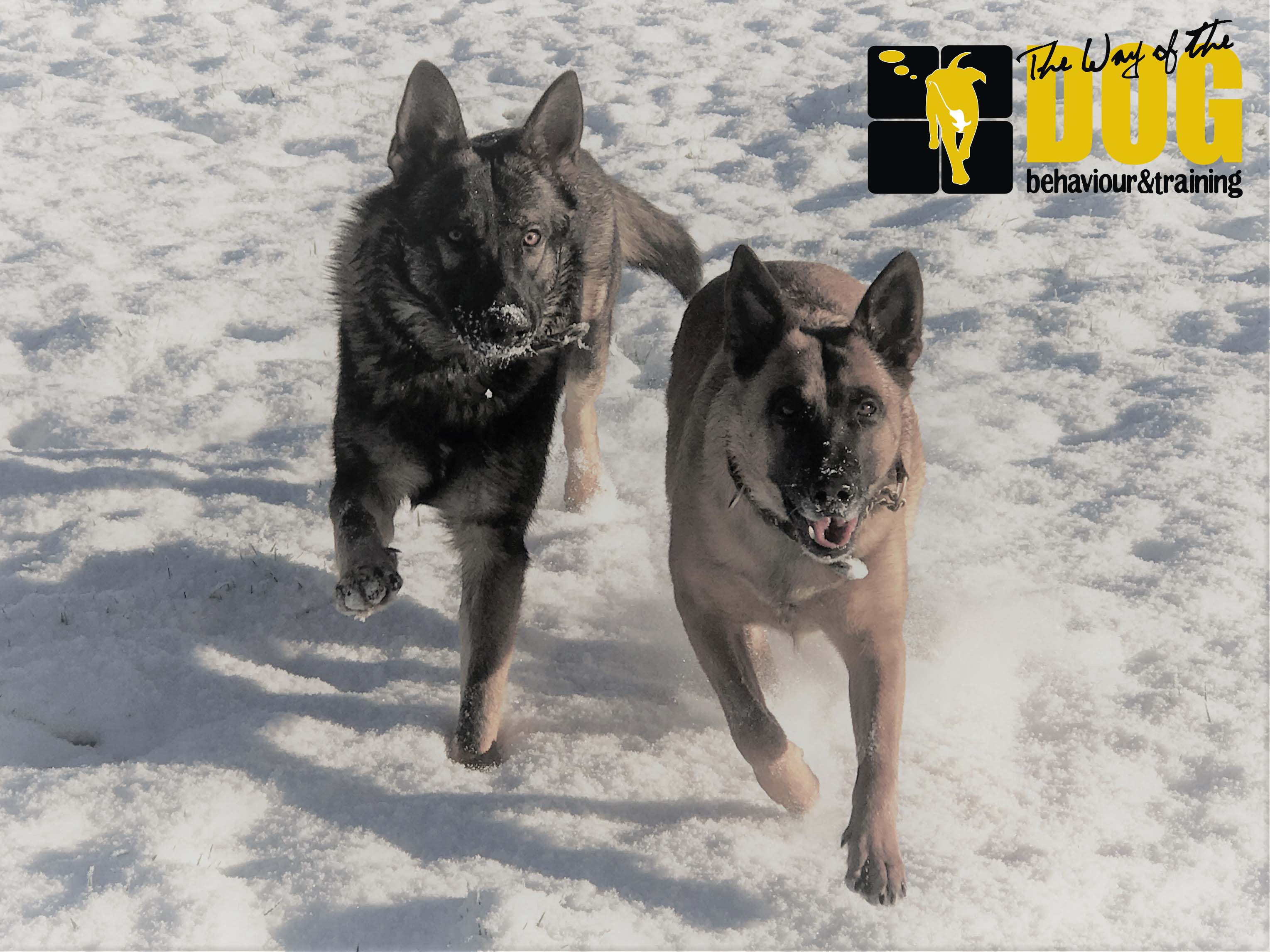 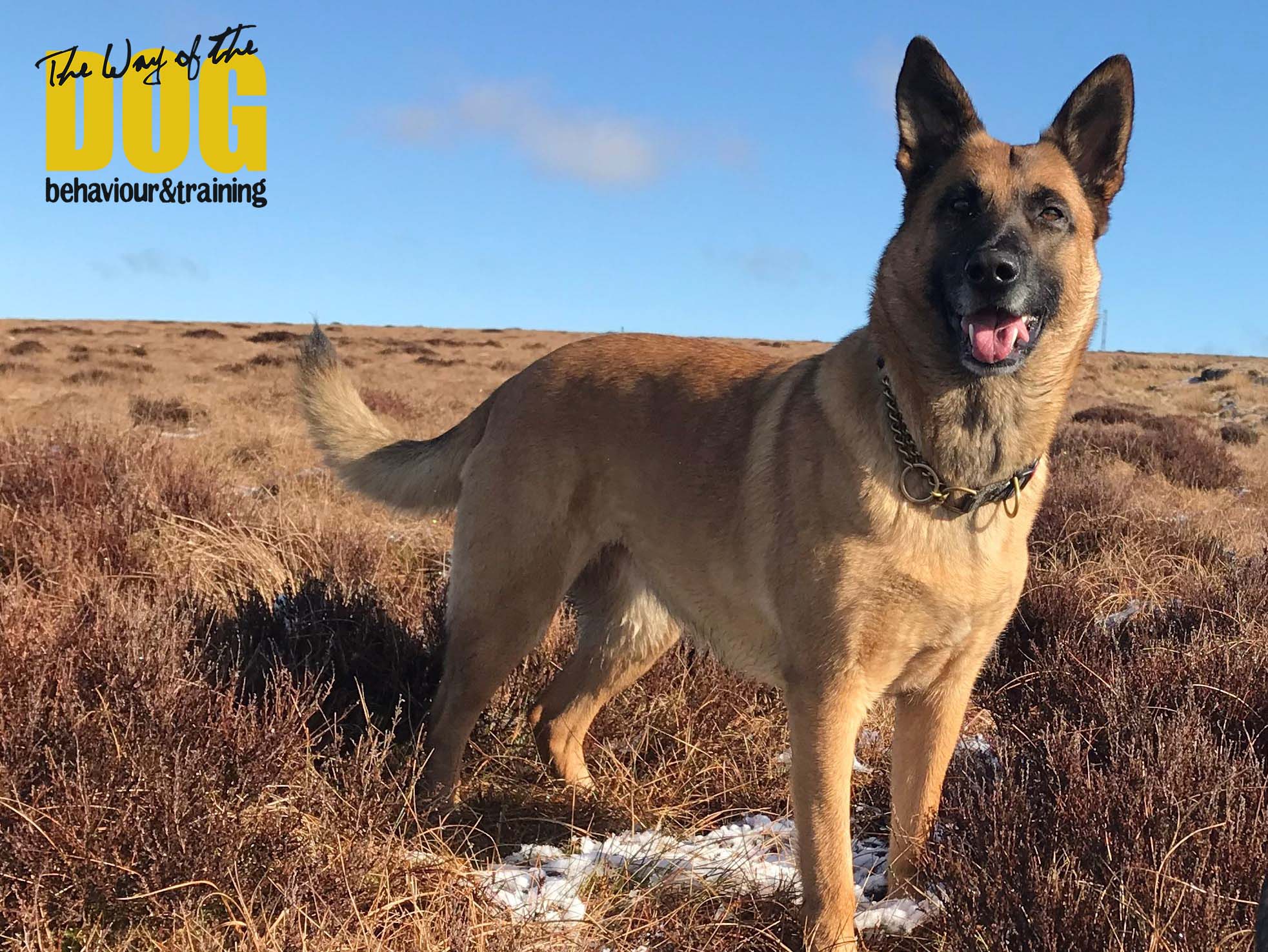 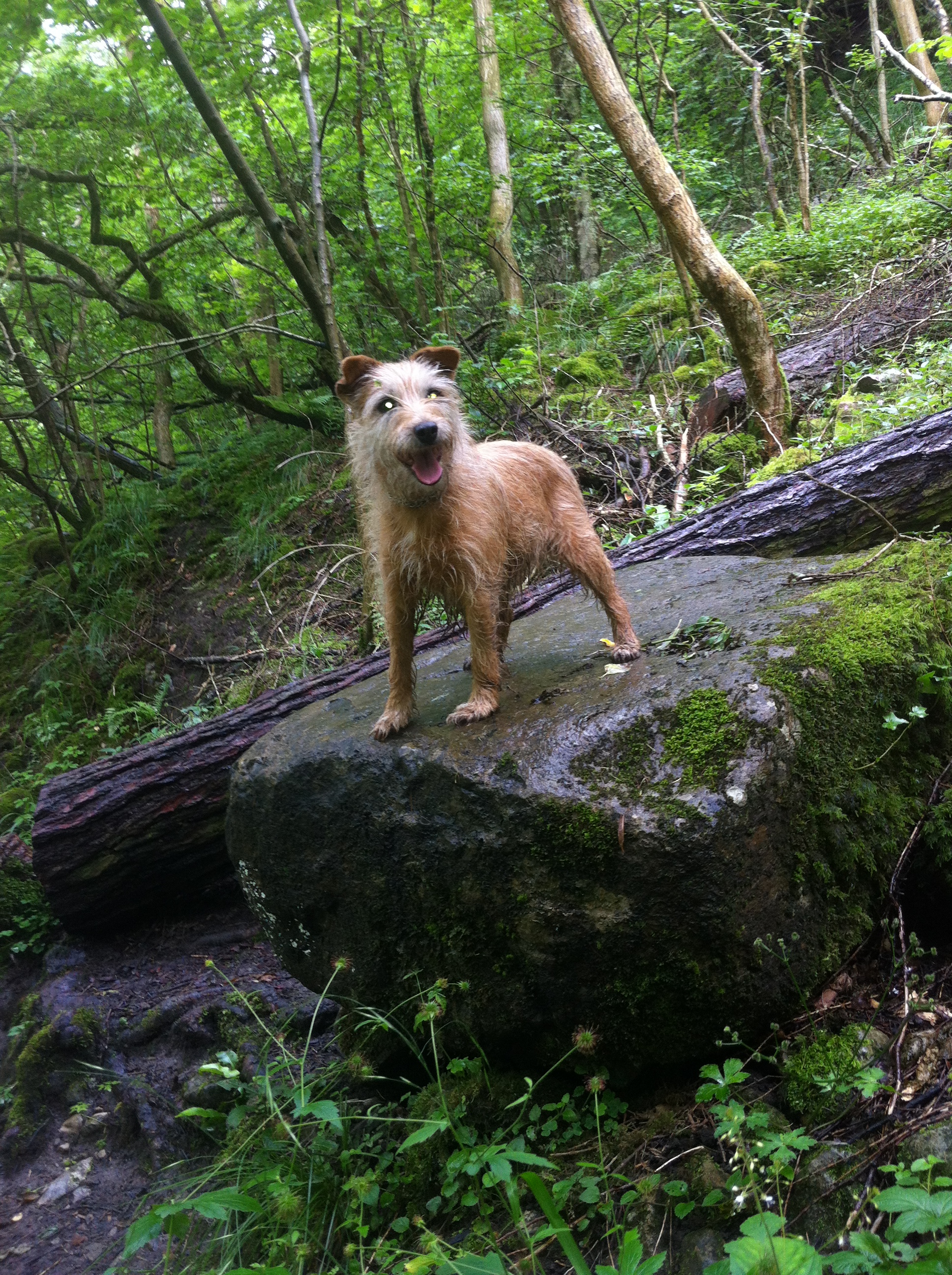 Hopefully the information provided will give some insight into the dogs that have this far helped shape and develop my journey as a professional dog trainer and behaviour consultant.  All have touched my life in different ways and helped me to understand and appreciate the way of the dog.

Want to know more about TWOTD?

At The Way of the Dog, we believe that all members of the dog industry should be open and honest about their qualifications, experience and knowledge to provide current and prospective clients with the information needed to make an informed decision on who they want to handle their dog.

Find out more about The Way of the Dog, Shaun and his approach to dog behaviour and training by visiting the pages below.

How does TWOTD differ to other trainers & behaviourists?

About Shaun - In Brief

An introduction from TWOTD's founder

About Shaun - In Depth